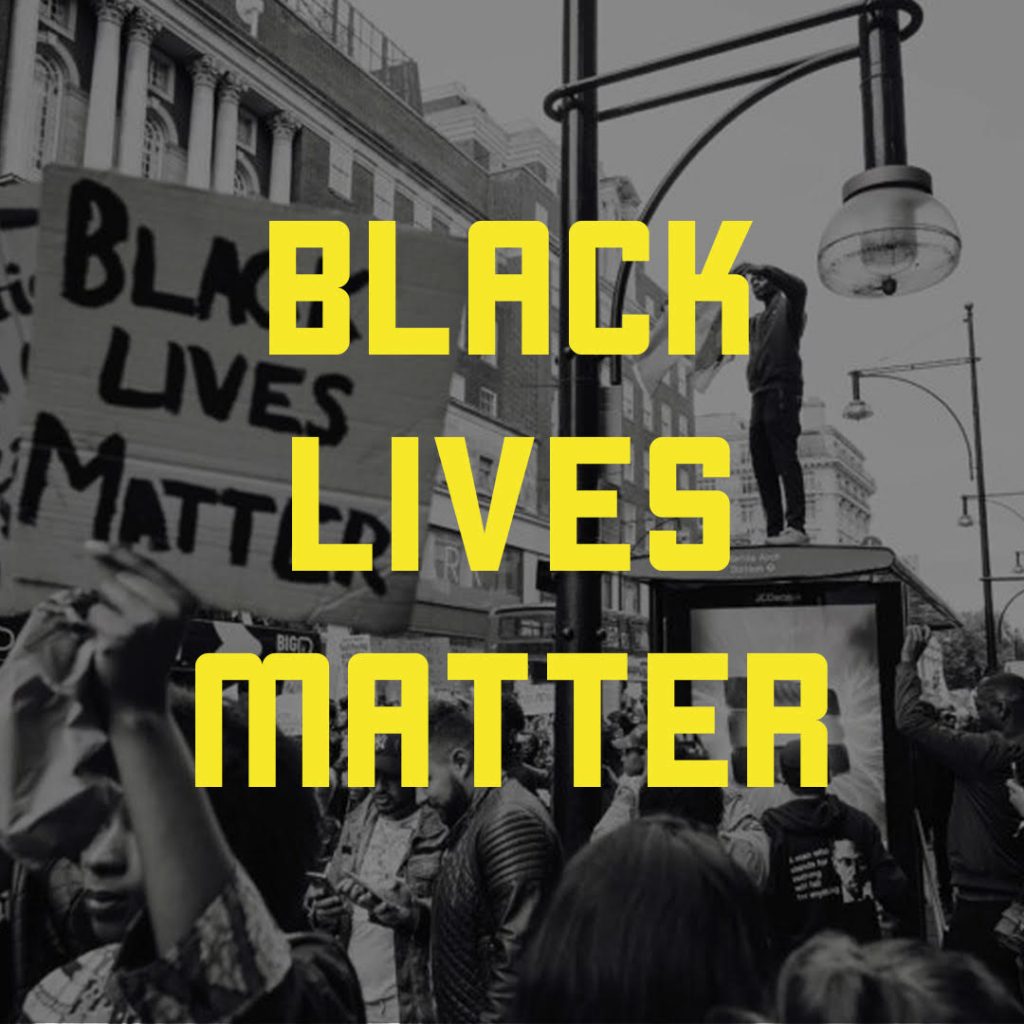 After writing a Facebook status about some of my thoughts regarding the killing of George Floyd, I was asked to publish them on the Greens of Colour website. Since writing this status I have had time to reflect about what more needs to be done in the short term, specifically in Britain. These ideas are set out in an addendum.

I hesitated to write about George Floyd, because in reality it’s unlikely the people who most need to understand this message will take it in.

That police officer isn’t just one bad cop. It’s the mandate given to him by systemic racism and oppression built over centuries. An abuse of entitlement which seldom ends in repercussions.

Only because this was filmed, and people rightfully rioted, has anything happened. But it will happen again, in the U.S and the UK. It’s only a matter of when.

The kneeling into the neck of a man begging to breathe. The pleading for him to listen. The deaf ears of the officer, smirking, feeling more powerful with every breath he stole from a man full of life.

There was something about this death. Watching George Floyd fade away before our eyes- reiterated the uncomfortable truth that white supremacy is alive and as prevalent in society, as it has ever been.

The man on the floor.
The unnecessary knee on his neck for a prolonged period.
The begging for life.
Pleading for the officer to listen.
The officer feeling more powerful with every second which passed.
George Floyd’s loss of breath sustained the officers own.
His fear was the officers pleasure.
The metaphor is unmissable, white supremacy which doesn’t listen, doesn’t care, doesn’t value your existence.

Even with cameras on him, a police officer there to “protect and serve” knows that the systems are there to protect and serve him. There’s a casual disregard for a black life which has seeped down through generations. There is a white supremacist absolutely comfortable in their habitat.

So what can we do? Well, pardon me if I find it beyond distasteful to see some of those sharing petitions and posting about this. Do you understand you’re a pixel in the bigger picture of systemic racism?

Unless this is a seminal moment for you, and you’re genuinely going to change and listen to us before we’re being choked to death then don’t bother.

The amount of times people have used their energy to chastise me and others for highlighting racism; use that same energy to break down systems and understand your privilege.

Any time I’ve correctly called Boris Johnson or Donald Trump racist, people lose their mind. Because it’s benign racism to them. It’s the sort of racism they laugh at, the sort they find ok. But using dehumanising language whilst in a position of power allows police to believe they can do as they please.

If we have to be lynched before you support us, then you’re not an ally. It’s very easy to share petitions, but the most difficult thing is having an introverted look at yourself. And realising that every action has a consequence.

Feel uncomfortable? Good! That’s how we feel everyday, especially when we are near police.

Stop voting for white supremacists, stop believing that because you happened to be born in a country or without melanin you’re somehow superior. Maybe understand that the USA and Britain are two of the most destructive nations in the history of this planet.

Both wealthy because of the violence of enslaving black people. The murder, theft and rape of continents through colonialism and imperialism, and that you are directly benefiting from it all.

The failure to not just show any contrition for it’s past, but to celebrate it, is a direct reason a black man can be killed in their own country by people meant to be their fellow citizens.

Addendum: Britain is not innocent in it’s own, recent history with deaths of black people at the hands of police. There have been protests in London and across the UK, to show solidarity with Americans.

During protests Belly Mujinga’s name has been chanted too. The train station worker who lost her life after being spat at. The culprit will face no charges after a short investigation, which is said to have found no connection between his vile act and her untimely death.

With the high rates of BAME deaths from Covid-19 too, many in the black community feel that all these factors reiterates the stark reality of socio-economic divides, inequality and a lack of due care towards them.

There has been much talk amongst the black community that this is a crucial moment with a small window of opportunity to voice ourselves and pursue fundamental changes.

From a politics point of view, I think it’s time to allay tribalism in the short term to try and make progress. This means prominent BAME members of all major parties Conservatives, Labour, Lib Dems and us in the Greens need to acknowledge real changes are needed.

The Tory Party are in government and as such need to be setting an example. Much was made of their record BAME representation in cabinet, but there is no point being in positions of power if you do not break down the systemic oppression and injustice that many black people feel.

I would love to see some solidarity and a #BlackLivesMatter from Shaun Bailey running for mayor of London. Also Sajid Javid, James Cleverly, Priti Patel all of whom are cabinet members. Other black members of the conservative party can also speak out. At least then we would know that despite the range of opinion across the political spectrum, we finally have a united front tackling the injustices faced by the black community. It would be a big step in the right direction, I hope my passion for change is shared amongst them all.