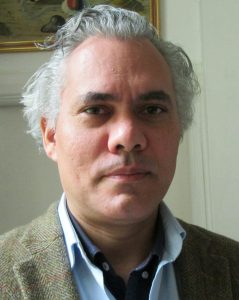 I was born in London though has lived in several countries including Denmark, French West Indies, Haiti, Spain and the UK. I’m of mixed Danish-Trinidadian heritage and speaks 3 languages fluently. I joined West Central Green Party around 2015 having previously volunteered at London Green Fairs and attended Camden Friends of the Earth meetings.

My main reason for joining the Green Party was because of concern for the environment. I completed a Masters D diploma in wind and solar energy in Madrid in 2008 having previously graduated with a BSc degree in Physics with French from the University of London.

I was voted in as treasurer of GoC at the last AGM in September 2019. My ambition for GoC is to see a vibrant campaign group influencing and advising the main GP as well as making the Green Party an attractive party for people of colour to join as members and to vote for. Another ambition is to be creative in fundraising/event organisation to enable us to raise our profile in and outside the Green Party. I would also like GoC to become a resource and support group for all GP members of colour.