Reparations: the making of amends for wrong or injury done; monetary or other compensation payable by a country or institution to an individual or group of people for a historical wrong.

Abolition: the complete ending of an activity or custom by law or official action;
the legal prohibition of slavery, especially the institutional enslavement of Black people in the U.S.

Like Abolition, Reparations as a term took and takes time to be understood. Yet not confined to history or obscurity, the terms had to be considered very recently when H.M Treasury put out a tweet that depicted African enslavement and included the text: “Britain used 40% of its national budget to buy freedom for all slaves in the Empire. Britain borrowed such a large sum of money for the Slavery Abolition Act that it wasn’t paid off until 2015”. Meaning in 1833 after Abolition, enslavers and plantation owners were compensated from ‘their loss’, whilst the former enslaved were not compensated at all and that we as tax payers were paying this money back as recently as 2015. 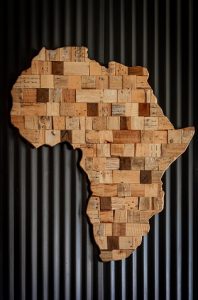 Over the past few years my involvement in the movement for reparations has increased from attending the annual march, to speaking at the accompanying rally, co-organising the artists and musicians bloc and even being part of the delegation to hand in the petition ‘we charge genocide and ecocide’ to Downing Street. This year in the absence of a march I attended the reparations rebellion lockdown in Brixton and I have also tried to present a reparations motion to Bristol City Council following in the footsteps of Lambeth and Islington councils who passed reparations motions in July. These actions which include the motion passing at conference are the result of years of collaborative work and remains a collective effort including over the recent years Samir Jeraj, Tyrone Scott, current Greens of Colour Chair Azzees Minott and Scott Ainslie, in collaboration with key campaigners from Stop the Maangamizi Campaign and the International Network of Scholars and Activists for Afrikan Reparations.

But where did reparations start for me?
It started for me as a child of around 9 years old when my father who I describe as a proud African man born in Jamaica, walked me home from his restaurant ‘Jamaican Good Food’ in the St. Paul’s area of Bristol. We stopped at Hummingbird books, a black book store where he collected a large brown paper bag. As we approached home he stopped and handed me the bag and said in his thick Jamaican accent ‘Wen ya ole enuff fi hundastan : read this.’ The book was Black Americana and one of the first images in the book was an image of my ancestors being taken out of Africa by Portuguese enslavers an image in fact very similar to the one tweeted by HM Treasury (rolls eyes). The book started there but went on to chart all the successes of Black Americans. I knew from this moment of opening that book, that there had been an earth shattering injustice that needed to be remedied.

The petition started in recent years by the stop the Maangamizi campaign ‘we charge ecocide and genocide’ is influenced by the African American 1951 We Charge Genocide: The Crime of Government Against the Negro People paper accusing the United States government of genocide based on the UN Genocide Conbvention and written by the Civil Ruights Congress presented to the United Nations at the Paris meetings in 1951. Note the modern addition of ecocide which further frames the reparations movement in the context of planetary repairs.

Many uncomfortable truths including how and why our tax payers money was being paid to compensate enslavers until 2015, may well feature as a topic in the All Party Parliamentary Commission into Truth And Reparatory Justice (APPCITRJ) which campaigners are calling for.

The first of its kind, the APPCITRJ would consider the case of reparations for the harm that was done to enslaved people of African heritage and would involve looking at the present day impacts on individuals and communities. Leading reparations activists at the Stop the Maangamizi Campaign, have led calls towards the commission and also maintain the connection between holistic reparations and planetary repairs with a focus on continental ecocide. They also cite that the first step towards historic reparations is to stop the harm and abuse of people and planet that is still occurring. https://stopthemaangamizi.com/