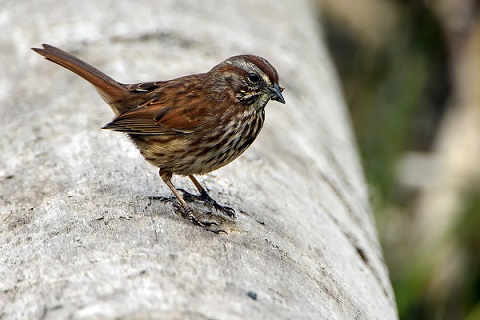 After reading Sorrel Lyall’s article in Rare Bird Alert, “Birding in the UK: Where Are the People Like Me?”, I reached out to Ms. Lyall to discuss her findings and possible actions that can be taken to create an environment that prioritises EDI – Equality, Diversity & Inclusivity - in nature organisations.

After our discussion, Ms. Lyall provided the following statement in summary:

“After lots of thoughts bubbling up in my head about the lack of diversity in birding and nature, how this has made me feel in the past (as a half Indian half white British young female birder) and being aware of how this poor representation could make others feel, I decided to tweet all my thoughts along with an anonymous survey asking for the experiences of minority group birders. Since then, the response from nature organisations has been overwhelmingly positive and I am having many discussions with organisations across the UK.

I’m hoping to be in discussion soon with the Scottish Environment Link and the equivalent Link groups in the rest of the UK to use their existing networks to facilitate collaboration across the sector. We are also in the process of setting up a working group for individuals who want to volunteer their time to tackle these issues, through research, writing, social media posts, talking to organisations and more. Watch this space!”

During our talk, I made a proposal to further our mutual goals: creating a database of nature organisations and tracking their efforts at creating inclusivity. The steps towards this project would be as follows:

If approached thoroughly and with care and attention paid to detail, I believe that this initiative can create tangible change in the infrastructure of nature organisations in the UK – and bring about new opportunities for the current and coming generations.